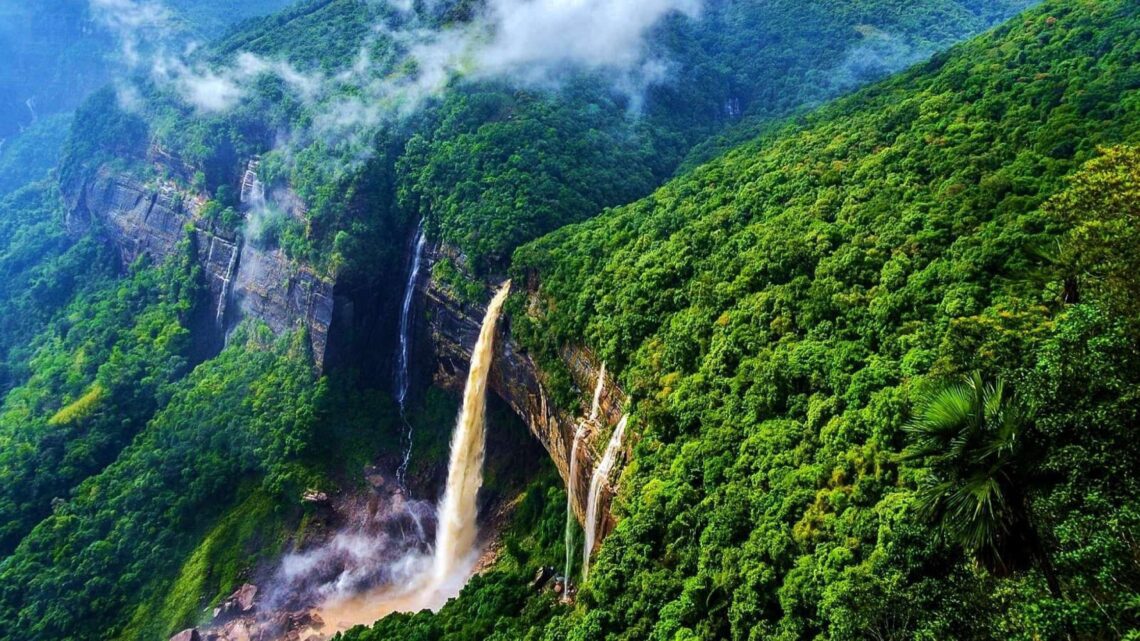 Assam listen  is a state in Northeast India, situated south of theeastern Himalayas along the Brahmaputra and Barak River valleys. Assam covers an area of 78,438 km2 (30,285 sq mi). The state is bordered by Bhutan and the state of Arunachal Pradesh to the north; Nagaland and Manipur to the east; Meghalaya, Tripura, Mizoram and Bangladesh to the south; and West Bengal to the west via the Siliguri Corridor, a 22 kilometres (14 mi) strip of land that connects the state to the rest of India.Assam is known for Assam tea and Assam silk. The first oil well in Asia was drilled in Assam. The state has conserved the one-horned Indian rhinoceros from near extinction, along with the wild water buffalo, pygmy hog, tiger and various species of Asiatic birds, and provides one of the last wild habitats for the Asian elephant. The Assamese economy is aided by wildlife tourism to Kaziranga National Park and Manas National Park, which are World Heritage Sites. Sal tree forests are found in the state which, as a result of abundant rainfall, look green all year round. Assam receives more rainfall than most parts of India; this rain feeds the Brahmaputra River, whose tributaries and oxbow lakes provide the region with a hydro-geomorphic environment.Shillong) is a hill station in the northeastern part of India, and is the capital of Meghalaya, which means “The Abode of Clouds” and is one of the smallest states in India. It is the headquarters of the East Khasi Hills district and is situated at an average altitude of 4,908 feet (1,496 m) above sea level, with the highest point being Shillong Peak at 6,449 feet (1,966 m). Shillong is the 330th most populous city in India with a population of 143,229 according to the 2011 census.It is said that the rolling hills around the town reminded the European settlers of Scotland. Hence, they would also refer to it as the “Scotland of the East”. Shillong has steadily grown in size since it was made the civil station of the Khasi and Jaintia Hills in 1864 by the British. In 1874, on the formation of Assam as the Chief Commissioner’s Province, it was chosen as the headquarters of the new administration because of its convenient location between the Brahmaputra and Surma valleys and more so because the climate of Shillong was much cooler than tropical India. Shillong remained the capital of undivided Assam until the creation of the new state of Meghalaya on 21 January 1972, when Shillong became the capital of Meghalaya, and Assam moved its capital to Dispur in Guwahati. In 2016, it was voted “India’s Favourite Hill Station”.

On arrival in Guwahati, you will have an assisted transfer to the pre-booked hotel. Complete the check-in formalities and relax for a while. Later in the afternoon, you will embark on the sightseeing tour of Guwahati which includes Kamakhya Temple, Vashistha Ashram, and many other places. Kamakhya Temple is one of the prominent Shakti Peetha and revered shrines of Goddess Shakti. Seeks blessing at this auspicious place. Vashistha Ashram is located on the bank of the mountain stream and this is a temple of Lord Shiva. The ashram was founded by the great saint Vashishtha.After enjoying the city tour, return to the hotel in the evening. Overnight stay at the hotel in Guwahati.

Our executive will welcome you and take you straight to Shillong. On the way, drop by Barapani Lake, the biggest artificial lake in Meghalaya. Also known as the Umiam Lake, it is beautifully surrounded by Sylvan hills. On reaching Shillong, check-in at the hotel, spend the rest of the day at leisure, and later retire for the night.

you will visit Cherrapunji. So in the morning, after breakfast, begin the excursion towards the wettest place on Earth, Cherrapunji. It is at a distance of 60 km and has various waterfalls, limestone caves, striking root bridges, and other natural sites to provide several activities.

Visit the Spectacular Seven Sisters Falls, the Mawsmai Cave, and the Thangkharang Park. In the evening, return to Shillong. Your Shillong tour package for the family includes a stopover en route at the Elephanta Falls and the famous Shillong Peak, it allows a great view. Later, return to the hotel and stay overnight at the Shillong hotel.

Start the day with a delicious breakfast at the hotel. Later, proceed for a day excursion to Mawlynnong. This village is named as the cleanest village in Asia. Here, pay a visit to Jingmaham Living Root Bridge. Then, walk around the charming Mawlynnong Village and stop at the beautiful waterfalls.

Next, proceed for a visit to Dawki, 34 km from Mawlynnong Village. The small border town in the Jaintia Hills is known for the picturesque Umngot River, a must-visit site in Meghalaya. Enjoy the scenic beauty and a boat ride in the crystal clear waters where you can feel like floating in the air as the water is so clear. Explore the nearby sights too.After sightseeing, leave for Shillong. On arrival, check in to the hotel for an overnight stay.

Post breakfast, head for the half-day excursion trip to Shillong. Visit a Japanese-style Lady Hydari Park, decorated with roses and other flowers in a large stretch. Your Guwahati Shillong Cherrapunji Tour Package ends as you drive back to Guwahati.Proceed to the given railway station /airport for your onward journey.

By road u can cover Assam & Meghalaya 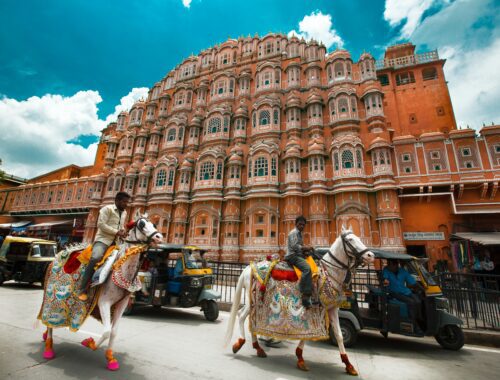 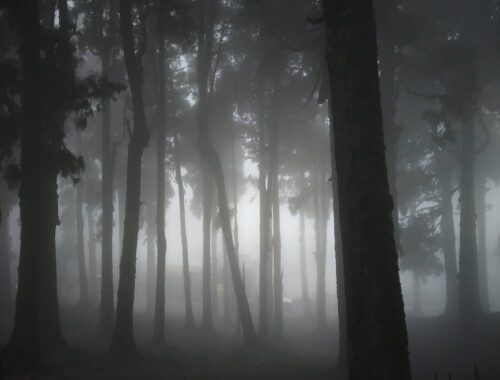 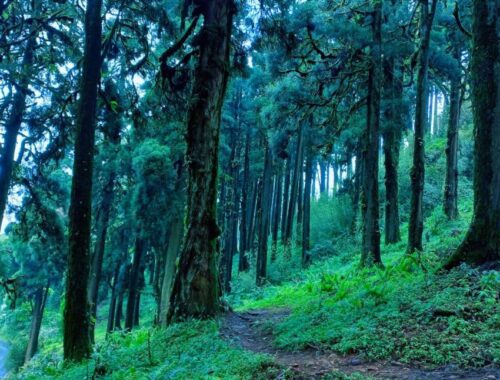